SQUAT AGAINST THE WALL 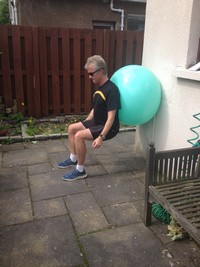 Stand with your back pressed against the ball, holding it against a flat wall, Squat slightly lower than hip level, the ball supports you throughout this exercise. Raise yourself up by extending your legs and slowly lower yourself back after a short pause.

SQUAT SIDEWAYS ONE LEGGED AGAINST THE WALL 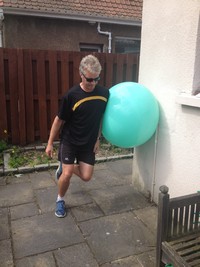 Stand on one leg (the furthest one away from the wall) with your shoulder pressed against the ball, which you are pushing against the wall. Squat down on this one leg (not as far down as above, you are not as supported by the ball) then raise yourself up by extending your knee. Change sides after each set of 12 repetitions. 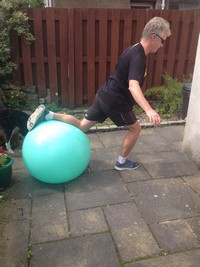 Stand with one ankle on top of the ball which is behind you. Slowly squat down until your working thigh is almost horizontal to the ground, rolling the ball back with your other leg as you do so. Raise yourself up by extending your knee. Once again alternate sides after each set. 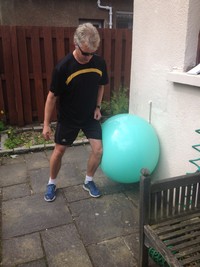 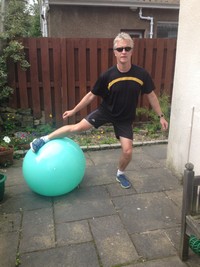 This time stand on your left leg and put your right foot on top of the ball, this leg extended out to the side. Roll the ball towards you by bringing your leg in and bending the right knee, then slowly roll it back after a short pause.